by @News
in Olahraga
0


We don’t always see a highlight reel packed with blocked shots and run-of-the-mill body checks. A dozen or so points won’t have a player on the scoring leaderboards. But combine those things, package them up in a player that skates as much or more than most forwards, and you get a mix of defensemen the fantasy realm isn’t using as much as it should.

This is about low rostership and relative production from blueliners that aren’t always top of mind for NHL coverage. But the stats say they are putting in the work and deserving of a role on your fantasy team.

Zach Whitecloud, D, Vegas Golden Knights: It’s only 10 games, which is the absolute minimum I include at this stage when looking at fantasy production rates, but damn it’s a good 10 games. Whitecloud leads all defensemen with at least 10 games played in fantasy points per 60 minutes (FPP60). His counting stats in the shots, hits and blocked shots department are phenomenal given his small sample, and he’s collected just enough offense to spike the fantasy impact. The offense will never be prolific and he may not keep up such a fantastic pace over a larger sample, but he’s averaged 2.5 fantasy points per game while getting on 17 minutes a night, so he’s worth rostering.

Kris Russell, D, Edmonton Oilers: A flurry of injuries has opened the door for Russell to step into the Oilers lineup and throw his body in front of all the pucks. Like … all of them. Also just a 10-game sample is available from Russell, but he’s blocked 31 shots in that span, which is enough to average 1.9 fantasy points per game (FPPG). That’s better than such widely used defensemen as Shea Theodore, Neal Pionk, Quinn Hughes and, yes, teammate Tyson Barrie. Russell may need some of his teammates to stay on injured reserve to continue to get a big enough role, but with Darnell Nurse, Duncan Keith and Cody Ceci all out, the short-term looks promising.

Erik Johnson, D, Colorado Avalanche: Cale Makar, Devon Toews, Bowen Byram, Samuel Girard … it’s hard to believe there’s still room for fantasy production on this Avs blue line outside those names. But here we are. Johnson isn’t only doing this through stalwart defensive work by blocking shots and throwing hits; he’s second to Makar on this blue line with 40 shots on goal — which is also top 50 in the league for defensemen. And that’s made more impressive by the fact he’s 123rd in the league in total ice time for blueliners.

Vladislav Gavrikov, D, Columbus Blue Jackets: Tops among Blue Jackets defensemen for both assists and blocked shots, Gavrikov has ridden across-the-board production to 1.9 FPPG (tied for 27th among defensemen with minimum 10 games) and 5.47 FPP60 (28th among defensemen with minimum 10 games). While Jake Bean and Adam Boqvist may have higher future upside for offense, Gavrikov is doing it now and at a pace worthy of a fantasy home.

A packed NHL schedule has our first five-game week of the season for a team, in addition to only one squad with a lighter two-game schedule.

Several four-game teams are doing most of the work on the road, while the St. Louis Blues and Vancouver Canucks have all four of their games in the comfort of home.

Meanwhile, the red-hot Dallas Stars have the best forecaster rating of the week.

Anaheim Ducks: A massive five-game week means the Ducks are a primary source for boosting your weekly output in head-to-head leagues. There are also several avenues to get a piece of the lineup from the free-agent pool. With Ryan Getzlaf‘s status up in the air, it may be worth fading the Getzlaf-Troy Terry combination for the coming week and focus on the burgeoning production of the second line. Trevor Zegras, Sonny Milano and Rickard Rakell are all widely available and clicking of late. After a slow start, Zegras has 12 points in his past nine games and should be picked up anywhere he’s available. There are some tough matchups packed into the five road games, but quantity will trump quality.

Dallas Stars: Your window has already likely closed on getting a free piece of the exploding Joe Pavelski, Roope Hintz and Jason Robertson line. Looking like they did last spring/summer, the trio has had a piece of 15 of the 21 goals scored by the club during its current six-game win streak. Robertson’s rostership has shot up by more than 10 percent in ESPN leagues and has crested 80 percent — he’s the one you might have a shot at in shallower leagues as Pavelski and Hintz will be spoken for. The Stars pull perfect 10 ratings for their four-game week, spiked by a matchup with the Coyotes. Both Braden Holtby and Jake Oettinger have been rock solid in the crease and either is a solid choice for the week in their current timeshare, but if you have to choose one try to see if you can confirm Monday’s starter against Arizona and use them.

St. Louis Blues: After a couple of weeks of building up, Scott Perunovich finally beat Torey Krug in power-play ice time on Thursday. This doesn’t mean the script has flipped for the rookie, but he continues to show signs of being the team’s best option on the advantage. He picked up two power-play helpers when given the bulk of the PP minutes on Thursday to bring him to three power-play assists in 23:14 total ice time; Krug has five power-play assists in 50:58 on the season. The Blues are home for all four of their games next week and they rank fifth in the leagues for goals per game on home ice.

New Jersey Devils: The Devils schedule isn’t particularly good, but it’s worth looking at the lineup now that Jack Hughes is back. He’s been quiet in two games back and it’s clear the Devils are looking for the right combo for him. The first game back, Hughes was mostly with Nico Hischier and Yegor Sharangovich. In the next game on Thursday, Hughes skated with Hischier and Pavel Zacha — but the trio was dominated to the tune of one shot for and eight against. What the Devils didn’t do is break up the line of Dawson Mercer, Andreas Johnsson and Jesper Bratt — but that might be the next choice to try to get Hughes going. The bottom line at the moment: Hughes is a fantastic speculative add wherever he is available in fantasy, but it’s too soon to chase any of his teammates. 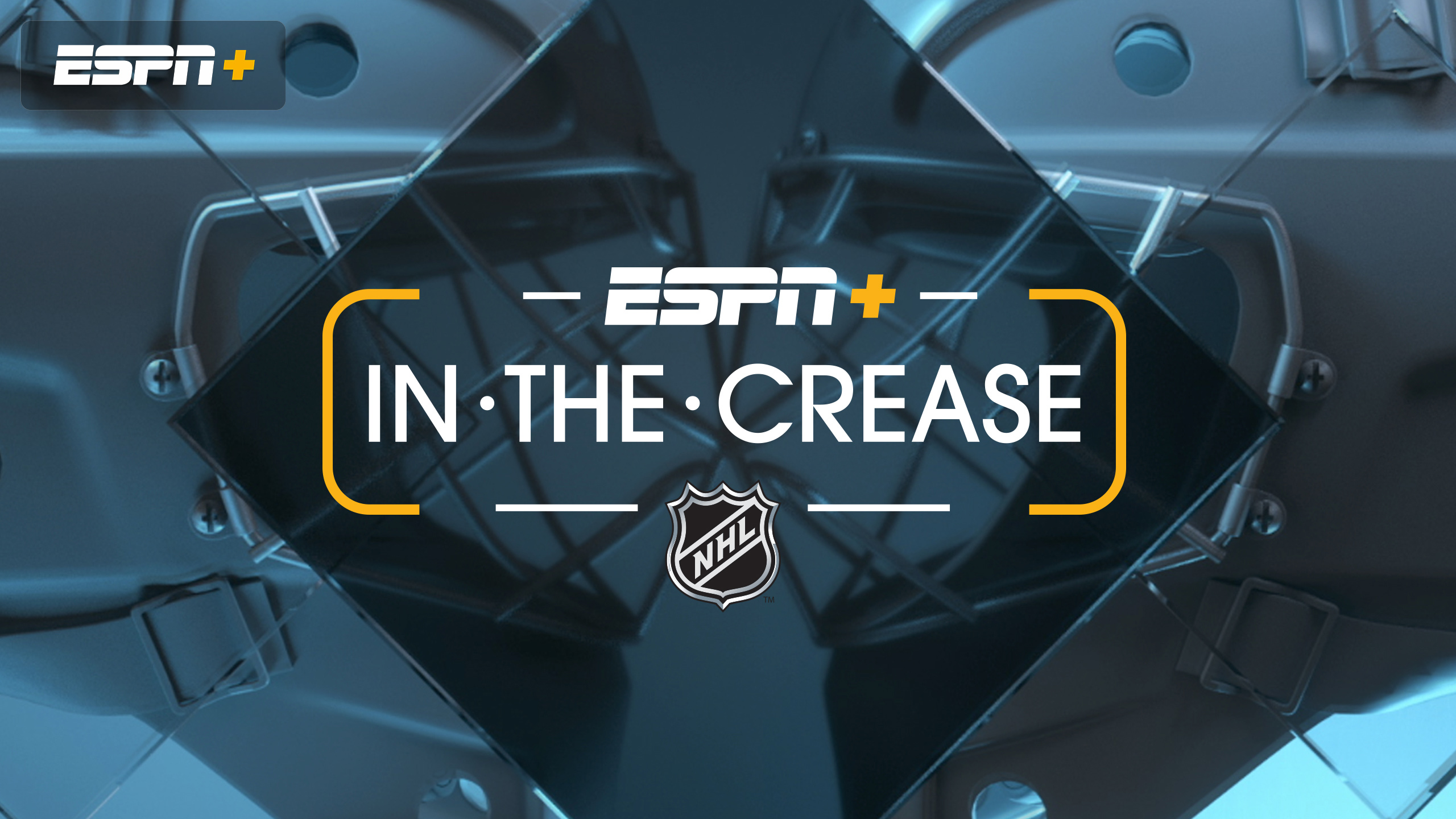 Postgame analysis and highlight show airing each night throughout the season from Barry Melrose and Linda Cohn. Watch on ESPN+

Nazem Kadri, C, Colorado Avalanche: With injuries to two of the Avs top three centers, Kadri stepped up big time in the past couple of weeks. Since Nov. 1, only Leon Draisaitl has more points. The question now is what the Avs do when J.T. Compher is back in a week or so. Kadri still has great value at even strength, as his line was never broken apart with the injuries, but there’s no denying his bonus role on the power play did a lot of the legwork for his success (13 of 24 points since Nov. 1). He didn’t have that role prior to Nathan MacKinnon and Compher missing time. But that level of success suggests he keeps it. This doesn’t look like a sell-high situation and keeping Kadri on your roster is likely the best play. At least until we see what happens with Compher back in the fold.

Patrik Laine, W, Columbus Blue Jackets: We are four weeks into the four-to-six week timetable we were given for Laine’s recovery. He’s skated on his own and does appear to be on track for the latter end of the forecast. This, however, is when the iron is hot, so it’s time to strike a trade. The Blue Jackets offense has held it’s own without Laine, but is clearly better with him. The power play has converted at 17 percent in his absence, but was 25 percent with him in the lineup. First, check your free-agent pool in shallow leagues, as he has been dropped down to 83 percent rostership. But go ahead and float a trade offer out otherwise.

Zack Kassian, W, Edmonton Oilers: It seems the Oilers top six has a new member and, as is the case whenever this happens, he’s worth a speculative add. Kassian joined Connor McDavid and Leon Draisaitl to form a line on Nov. 24 against the Coyotes and has spent the two games since then lined up with McDavid and Zach Hyman. Kassian also has a tendency to pile up some hits worthy of fantasy when he gets enough ice time, so add in some access to McDavid and he becomes very appealing. This move came at the expense of Jesse Puljujarvi, who is back in the bottom six for the time being.

The mysterious fall and harrowing story of an NBA center

No Result
View All Result